How Is Your Elected Official Rated?

Pinpointing where your representative stands on a particular issue can be a painstaking process filled with contradiction and rhetoric. Inside Project Vote Smart's Research Department, we are working every day to get you the facts you need to make this process a little bit less frustrating. Each year, we go through our database of over 1,300 national and state special interest groups and collect their evaluations of elected officials and candidates. These scorecards are from all special interest groups that provide them, regardless of issue or bias. While the majority of interest group ratings are inherently partisan, they can be invaluable in showing where an incumbent has stood on a series of votes in the past one or two years, especially when ratings by groups on all sides of an issue are compared.

Right now, we're updating our database daily with ratings from the most recent legislative sessions on both the state and federal level. Check out the links below for a small taste of what's available at our website.

Voting Smart in 140 Characters or Less

Project Vote Smart's members, volunteers, interns, and supporters have long held the conviction that our democracy requires informed voters (sometimes it feels like we're depressingly ahead of the curve in that regard). As Americans continue to wade into the 21st century and social media continues to grow in popularity and usage, we're trying to figure out how to use these new online tools to further our mission of providing easy access to important information.

One new tool we're providing (yet again, free of charge) is our 'Twitter hotline'. Anyone with a twitter account can tweet their zip code to us (@VoteSmart) and we will look up their senators and representative for them. They can also tweet general questions and we'll do the research for them. For those who want the satisfaction of doing their own research, we're regularly tweeting tips on how to quickly and easily find data relevant to you at votesmart.org.

We might be going out on a limb, but it seems that there will be plenty of fact-checking to be done this election season. It's our hope that one bright spot this year could be more and more Americans turning to Project Vote Smart for the factual, unbiased answers they increasingly can't find elsewhere. Our hotline (1-888-VOTE-SMART) has been in operation for years and allows anyone with telephone access to a personal researcher, and now we've opened up that access to anyone with a twitter account.

In addition to the wealth of information on votesmart.org that is updated daily, later this summer, we'll be publishing our popular Voter Self Defense Manual. This election we're offering more ways than ever before to use the research we do at Project Vote Smart, now it's up to the public to take advantage. 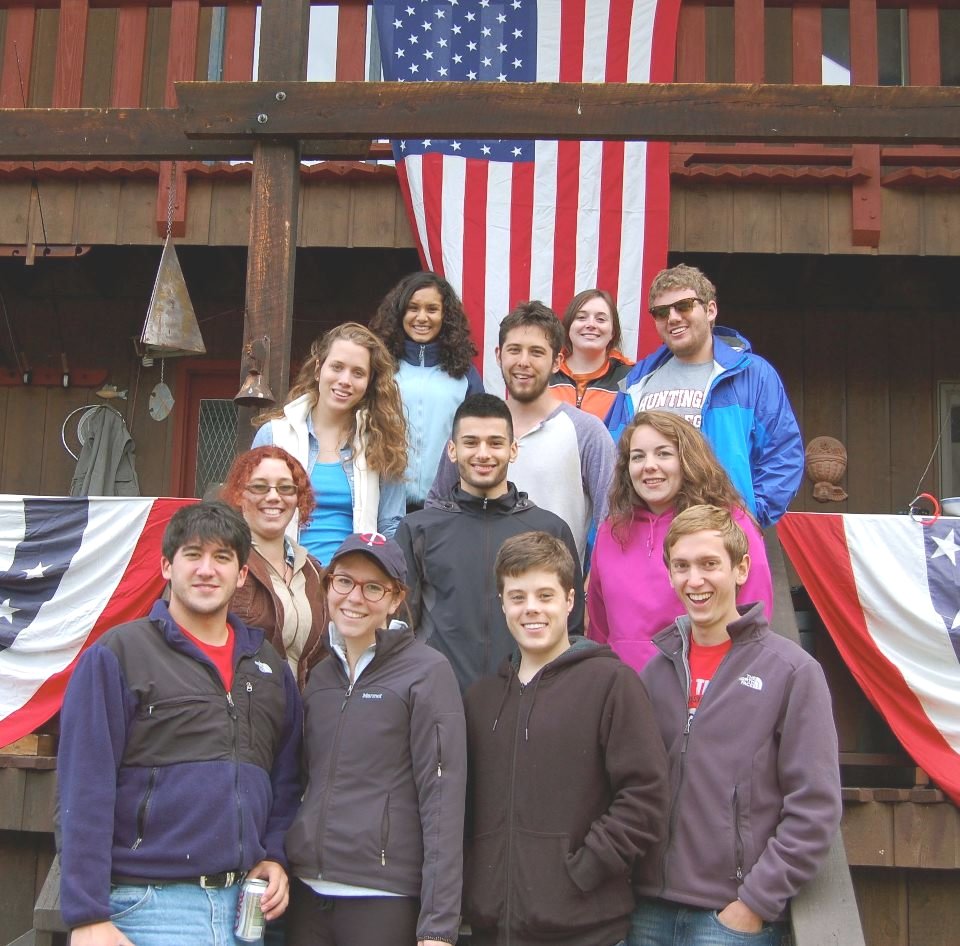 As the summer sun begins to shine (or not, as the case may be here at our ranch headquarters in Montana), new groups of bright, politically-minded interns have been arriving each week. Those that were here for the Memorial Day BBQ got the chance to sample Richard's famous guacamole, as well as have a go at our yearly game of lawn horseshoes, and the chance to get their hands on $50 prize money. There were no winners this year unfortunately, but everyone had a great afternoon, especially our Project Vote Smart mascots, POTUS and Abigail (St. Bernard puppies), who spent the day foraging for errant golf balls.

Our National Internship Program offers current students and recent graduates the opportunity to gain real work experience inside an office-setting like no other: nestled among the wilderness of the Montana Rockies at our Great Divide Ranch headquarters. In exchange for their 10-week commitments, each intern receives scholarship funding which covers their living expenses, not to mention, the opportunity to enjoy a myriad of outdoor activities available year-round. For further information about how you or someone you know could intern here at the Great Divide Ranch, please visit here.

Over time I've become quite adept at giving a concise answer when someone asks for a description of what Project Vote Smart's Political Courage Test is. However, it can be tough to give a concise answer when someone asks about the day-to-day work that goes on within the department. Traditionally we've been tasked with purely the creation and administration of the Political Courage Test, but the introduction of VoteEasy in 2010 created a new layer in this process.

As the director of the department, I like to think of the various sub-departments as functioning 'cogs' contributing to something more comprehensive than they are individually.

Although this is a simplified explanation, it illustrates how staff within the Political Courage Test Department are reliant upon one another to do accurate work. Covering hundreds of elections and thousands of candidates a year is not an easy task, but through collaborative work, the staff within the department are able to do a tremendous job.

The Political Courage Test results for congressional candidates in these states are currently LIVE on our website: