MID-TERM ELECTIONS:
NO ONE CARES, NO ONE VOTES?

Year after mid-term election year the stats say that is so. But not with Smart Voters. A month before the election and we have already had 7.7 million unique visitors. That already eclipses visits during the last full presidential election cycle (when far more citizens are engaged) and vastly more than the last mid-term election cycles. Perhaps more importantly, our visitors are spending 25% more time on our site and seeing far more pages of data.
In the world of Vote Smart, that is significant and reason to be very hopeful. 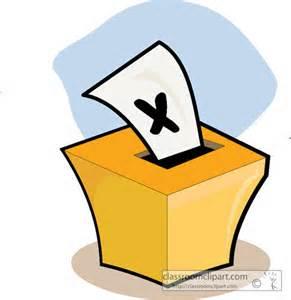 “The non-partisan comprehensive elections data provided by Vote Smart allowed Bing to give our users high quality information on all the congressional, gubernatorial and state legislative candidates directly in the search experience.”
-Bing

"I have been navigating around the site and LOVE IT. It will be one of my ‘go-to’ places during this election cycle and I encourage all political junkies to check it out.”
-C-SPAN
“I was so ecstatic when I found this site. I recommend it to almost everyone. I love love love this site.”
-Kelly
“You (Vote Smart) are a breath of fresh air in our political landscape! Retirement is coming soon for me and I hope I can give you more of my time and energy.”
-Pam
"Thanks to all the hard workers who have made PVS the pre-eminent credibility artesian spring of American civics.”
-Acil

We Need Every Thinking American
Please Email to everyone you know. Remind them to vote and to use VoteSmart.org!
VOTE SMART CANNOT PROTECT THE DISENFRANCHISED
Few foundations are willing to stay a civics course.

Living largely off the financial droppings of someone who passed long ago and with boards and staffs that change like window dressings, foundations never make the sustained commitment necessary. Their learning curve is simply endless.

Most foundation newcomers become instantly paternalistic and see themselves as protectors of the “uninformed” masses. They pump millions into what is new and important to them but what voters see as old and have been indifferent to for half a century. Campaign finance reform is perhaps the best example. Most disturbing is the quiet unspoken effort to register, protect and convey to the polls people who might not otherwise participate by voting, knowing full well that studies show they would support a progressive agenda if they did vote. As a blunt and cringingly honest foundation officer suggested: “Why spend money educating the disenfranchised, when they already vote the right way when we get them voting?”

It is interesting to note that Vote Smart did a study in the Greater Atlanta area and the Bay Area around San Francisco that clearly showed that if you provided “disenfranchised voters” (defined as low-income, young and minority voters) with the kind of factual information Vote Smart provided, their voting confidence increased by 5 percent. Amongst foundation newbies that was not nearly enough, but in the world of political science it was galactic movement for a single year.

Sustaining such an effort is not likely to come from foundations. It would require sustained commitment and a confidence that people can govern themselves, even those with very limited formal education or financial resources.

Vote Smart cannot fund such an effort alone. By definition, low-income citizens cannot afford to support Vote Smart and Vote Smart is almost completely dependent upon a certain percentage of those using our information and services to help support it.
A Barn vs. The Center for Quality Control?

In 2008 Vote Smart was about to take its greatest leap forward. New offices were being constructed to house a new department at Vote Smart that would:
Design a process, procedures and standards by which thousands of Vote Smart members, academics, journalists and citizens could submit factual information on city and county politicians and issues.
Verify the accuracy of the data submitted and investigate any challenge to the veracity of that data.
Program and code that data so that citizens could easily review those public records.
Then the economic collapse came, the biggest supporting foundations pulled out of civics education, and the facility to house our Quality Control Center became a storage barn.
Crowd sourcing through a quality control team is still the plan but it would require either foundation support or the kinds of very special major gifts that have enabled us sustain our systems these past two years.
"My first civics lesson came as a double course when I was very little." R. Kimball – Vote Smart President

I wasn’t but maybe six or seven and jammed into the back seat of Dad’s Packard with my older brothers. As my parents pulled into the drug store parking lot I noticed a bundle of stickers on the car floor that said “Kimball for Governor.”

We parked and I asked my dad what they were. He said, “Son, people who support me stick those on their car bumpers.” I did not know what Governor was, but I knew my dad was pretty great.

As the family headed into the store I decided to stay behind.

As Dad and the family came filing out I was gluing the last bumper sticker on the last parked car. It was my first recollection that tires could squeal and that a mother could laugh so hard she cried.

Then came the second lesson: We pulled into St. Ambrose School to deliver my mother and older brothers to some event.

As my father and I pulled out he noticed that I was staring at the flag pole with this red and white striped flag on it. He asked, “Son do you know what that is?” It was just a flag. “Well that is our flag son and you need to be very respectful when you see it. People have fought to protect our flag for over a hundred years and many have died defending our flag,” he explained. I was shocked that such a thing could be true, but it had to be, my dad said so.

As we drove around doing some errands I noticed our flag over the bank, over the post office and a few other places before he pulled into our driveway. I saw my two best friends, Butchy Becker and Stevie Bogard sitting across the street and I could not wait to tell them.

As I approached I asked, “You know that red and white striped flag all over town?” They looked at each other and then said, "Sure, so what!”. “Did you know it is our flag?” They shrugged, said, “sure, so what!” They were so blasé that I then said with some emphasis, “People have fought to protect our flag for over a hundred years and many have died defending our flag!” They were not impressed and I got a little huffy. “Well,” I blurted, “That’s our ---- family’s flag, where’s yours?”

Often in life I have found that I haven’t gotten things quite right. As Ben Franklin once said, (and I now completely identify with), “The older I get the less sure I am about things.”

So it is with Vote Smart. I thought I got it years ago, 28 years to be exact, when I was a candidate for the U.S. Senate and confessed that my opponent and I spent all of our time sucking up. My remarks were met with dead silence but a number of retiring politicians, known in their day, like Barry Goldwater, George McGovern, Gerald Ford, and Michael Dukakis among others knew it was true and wanted to start an effort to build Vote Smart.

The issue had been clear for two centuries as various Founders said:

“A people that mean to be their own governors must arm themselves with the power that knowledge gives.”

“A popular government without popular information is but a prologue to a farce or tragedy or perhaps both.”

“A nation that expects to be ignorant and free expects what never was and never will be.”

The nation’s early history is peppered with such worried commentary from the Founders. Would the masses be knowledgeable, have access to the facts?

If you and I cast power out to millions, should we not worry that they would be good to us? Will they somehow go into a voting booth, be informed and prudent?

It took 8,000 people over two decades to build Vote Smart, a system designed to collect the facts on all those who want to represent our lives in public office. Many of us whothat started Vote Smart have passed on since its construction began and was announced publically. In 2008, the system had only reached 12.5% of the public. Some thought that was great, but I was deeply disappointed. It was not reaching nearly enough. From where I stood that meant that 87.5% of voters were still just listening to some chosen political preachers who always torture the facts to achieve some selfish end. Eighty-Seven percent remained members of Vote Stupid.

The problem wasn’t that the years of research and gathering the facts on politicians and issues was not good, but that it was too good, too rich, too deep. It required users to dig for the information that was of unique interest to them.

So we spent the next years coding each bit of information in the immense database we created and maintain. As a result we are now able to provide every user with instant gratification. Simply name a politician and issue of interest, and voila, all that exists on that person, on that issue is instantly revealed.

We can’t do it any better, we cannot make it any simpler.

With Vote Smart’s new tools “The People” can now digest the facts, think and lead or they can choose to simply follow in goose step their chosen political preacher who will think for them.

Vote Smart’s systems are not nearly perfect yet, we have not been able to adapt every local state candidate or even the governors’ races into each of the new systems, but the data is there, and much of it in incredibly easy-to-use systems that bring instantaneous satisfaction.