We've all noticed that the mornings have been a little darker, and inevitably a
little colder lately, especially here at the Ranch. The prospect of winter
arriving soon means that a lot of things need to get done here at the Great
Divide Ranch in preparation for the inches of snow that we get every year.
Sealing the windows, chopping wood, getting the boiler prepared, bringing in the
canoes...let's just say that our Maintenance Director, Steve, has a lot on his
plate. Of course, problems do arise, but we deal with them, and this brings to
mind the one rather major event we encountered at the very beginning of this
year..

Here at Project Vote Smart we have a lot of experience of wading through crap,
but no politician could have prepared us for the real thing. Spring had not yet
sprung when the septic tank sprung its own leak and flooded part of our lodge.
Luckily, Adams' cabins are empty during the winter, and with the impressive and
diligent work of Steve and our interns, we managed to clean up and get our
cabins back on track before the lodge, and our septic tank, filled up for the
summer.

The staff and interns on ranch had to learn to rough it for a night with no
water, no showers, and no toilets, but we managed to survive! We even turned the
limitations into a fun experience, and the ranch staff and interns had a big
sleepover and movie night in Eagle's Nest, which was luckily unaffected by the
water shut-off. Hopefully it won't happen again too soon, but if it does, we're
always ready to meet any challenge with smiles on our faces!

One of Vote Smart's board members, Brent Steel (political science professor at
Oregon State University), recently shared an anecdote with us that made us
happy.

A colleague of his at OSU told him that his daughter had been looking for work
for many months after graduating from New York University with a degree in
public policy. She finally got an interview with the Pew Charitable Trusts, for
a job in their elections division. She fit their criteria in many areas but
didn't have a long track record in working on political campaigns, which
prompted them to question her apparent lack of interest in elections.

She proceeded to tell them that when she was twelve years old and Vote Smart was
newly headquartered on campus at OSU she started volunteering in the office. Pew
was delighted to hear that, and that experience at twelve was enough to put the
interview over the top. She got the job as Senior Research Associate!

Our former staff, interns, and young volunteers all go on to lead productive,
successful lives, often in the public sector. We are very proud of them, and
have just started organizing a formal alumni group, to keep in touch with them
and profit Vote Smart with their new experiences and ideas. If you were a staff
member or intern at some point, please get in touch with Laura Enriquez
([9]Laura@votesmart.org) and make sure that she has your contact information so
we can include you! 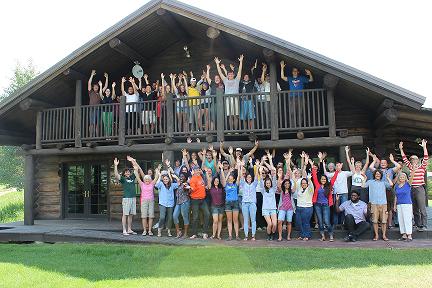 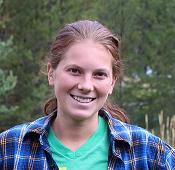 Project Vote Smart provides a variety of information on both elected officials
and candidates from the federal level all the way down to city council members
and county commissioners. In order to do that, we cover a lot of elections
throughout the year! While most people associate elections with the first
Tuesday in November, a day where around half the country stands in line to vote,
there are a myriad of special elections that occur throughout the year. Most of
these go relatively unnoticed by major media outlets, but Project Vote Smart
covers them all.

Most special elections occur at the state or local level, which is why they
receive less media attention. Our Political Courage Test Department carefully
tracks upcoming elections and enters them into our database so that voters can
see upcoming election dates and the candidates for those elections. They can be
seen here. I take over from there to
update the candidates' biographical information, contact information,
endorsements, and anything else that would be useful to voters.

So far in 2013 we have covered 78 elections, 70 of which were irregular special
elections. The most common reasons for a special election to occur is the
resignation or death of a legislator. Eighty-nine percent of the special
elections we've covered have been state legislators, most of which resigned.
Despite their frequency, state legislative special elections often receive
little press attention and voter turnout for the elections is exceptionally low.
Less common than this is the resignation or death of a congressional member. One
of the more recent instances of a special election occurring for this reason was
in June when Edward J. Markey won a special election to fill John Kerry's seat
in the U.S. Senate after he left to become Secretary of State.

We have seen a rising trend of recall elections, which are special by nature
because they're not intended to put someone into office, but instead are used to
force an elected official to vacate office before his or her term has expired.
Some recent examples of this are the 2010 attempted recall of Wisconsin Governor
Scott Walker and the recent recall elections in Colorado of State Senators
John Morse (D-11) and Angela Giron (D-3).

Here's a preview of some of the elections still to come this year:

The only two regularly-scheduled elections this year will take place in New
Jersey and Virginia and are for governor, lieutenant governor, attorney general,
and state legislators. Voters in Alabama's first congressional district will
elect a new representative on September 24 and voters in Massachusetts' fifth
district will do the same on October 15. 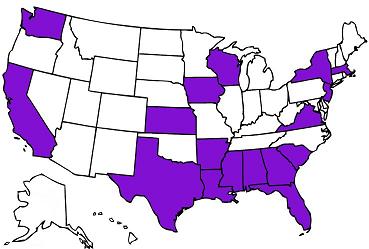 Project Vote Smart welcomed four new staff members to its team this summer. Join
us as we get to know them! Meet Researcher Ingrid Johnson this month and stay
tuned for the profiles of the remaining staff members in the upcoming
newsletters.

What were you doing before you joined the Vote Smart team? Interning at the
Center on Budget and Policy Priorities in Washington, D.C.

What have you been doing for fun since you arrived at Great Divide Ranch? Lots
of reading by the lake!

What have you found most interesting about Montana so far? Being from the
Midwest, not driving on straight, flat roads has been surprisingly fun. 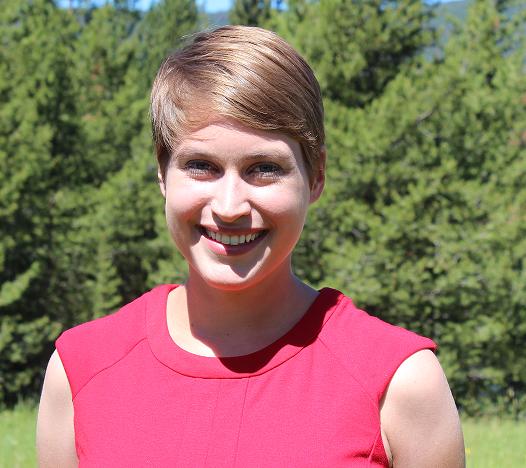 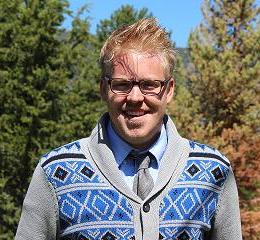 We are going into the biggest year in Vote Smart’s history and we need you to be
a part of it. Everyone has their own reasons for working, volunteering,
interning here or helping those who can with a contribution. This month, we
asked recently-hired Communications Associate Ryan Sanecki why he moved to
Montana to join the Project Vote Smart Team.

I like to think of working at Project Vote Smart as similar to working for NASA.
Former President John F. Kennedy once took a field trip to visit NASA. Before
giving a speech, he took a short walk around the campus. While on his walk, he
encountered a janitor with whom he struck up a conversation. When he asked the
man what he did at NASA, the man replied, “I'm putting a man on the moon.”

I wanted to work for a reason other than just earning a paycheck. My first
attempt to get involved in the political world was working for various political
campaigns, but I quickly learned that the goal of most political campaigns is
simply to win. At Project Vote Smart, however, the goal isn't to win but to
educate voters.

What Project Vote Smart does matters, in many respects. Of course, our database
can help you find important information about any candidate or elected official
but we also take it one step further. If someone doesn't understand a bill or
has a question, he or she can call our Hotline (1-888-vote-smart) one of our
Research Associates will find the answer. I was once told that the key to
education is understanding. Project Vote Smart provides voters with the
information they need to understand and educate themselves.

A question we're frequently asked is “How can I help?” Just like the janitor at
NASA, everyone person who donates their time by volunteering or interning or who
makes a contribution, is helping providing voters with the information they need
to understand and educate themselves.

I understand that we Americans are known for our busy schedules. By visiting
votesmart.org, you can find out how to fit ways to help us into your busy
schedule. Whether it's volunteering, interning, spreading the word about our
mission by becoming a Vote Smart Ambassador, or making a contribution, you will
be helping insure every citizen’s right to the facts..

Vote Smart will be built and supported by Americans just like you, or not at
all. Please visit votesmart.org/help-us to learn how you can help.