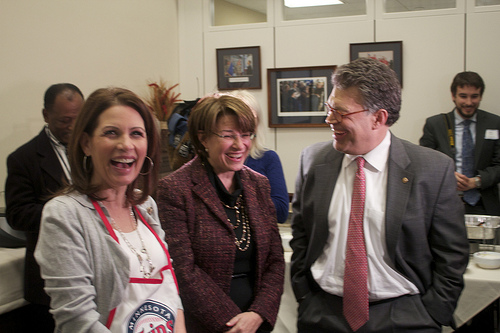 For those of you east of the Mississippi, or west of, say, the Rockies, or really just not from Minnesota – a hotdish is a casserole. Wikipedia makes the important distinction that these special casseroles “typically [contain] a starch, a meat or other protein, and a canned and/or frozen vegetable, mixed with canned soup.” You know, to differentiate them from all the other casseroles out there. These dishes are a big deal in Minnesota, with different specialties by region, and fiercely guarded recipes . Rep. Tim Walz, who won this years competition with his “Herman the German” recipe underlined the importance of hot dish in Minnesota society. As he explained to the Star Tribune, “This is bragging rights in Minnesota. The hotdish (sic?) is serious business.”

Freshman Democratic Sen. Al Franken started this “Hot Dish Off” in 2011 “as a way to bring the delegation together at the start of the new session”. Given the stark differences in many of the Minnesota delegation's voting records it's not completely clear how long this cream of cooperation stays fresh, but it certainly seems like a nice gesture. To ensure there is no political bias, the contest is judged by former Minnesota Reps. Vin Weber, a Republican, and Gerry Sikorski, a Democrat.

As mentioned above Rep. Tim Walz won this years competition. Last year there was a tie between Franken and former Rep. Chip Cravaack. The winner of the inaugural competition was Minnesota's senior senator, Amy Klobuchar. For those of you interested in reading tea leaves, or perhaps bay leaves, Klobuchar won reelection last year, Chip Cravaack lost – so far an understanding of tater tots and oven temperatures does not necessarily translate into success at the polling place.

For a complete list of this year's recipes click here. Our newest staff member, Nick Gann, who hails from the Great Lakes Region (Michigan, to be exact), claims that he will be attempting several of these recipes for the benefit of our current interns. We'll let you know how it turns out.

Remember to visit the Project Vote Smart blog regularly for an insight into life at Project Vote Smart, as well as unbiased reporting on topics such as Sen. Max Baucus recent announcement and the vote in the Senate on President Obama's proposed gun bill.

“The days get longer, and the years get shorter” is something my father says from time to time to describe what life is like as you get older. This quote exemplifies the short time that I have spent here in Montana. The days have been long because of some of the adventures I have been able to take part in with the staff and interns at Project Vote Smart. I've been skiing multiple times, hiked trails in deep snow, and even roadtripped to Idaho just to ride a boat. So the days have been long, but also enjoyable.

Living on the Ranch reminds me of the visits I made to the hunting cabin my grandfather built after WWII. Feeding the wood boiler to heat the property seems not only to be a skill, but a bragging right as well around here, and getting firewood for the lodge is also a favorite duty of mine, because it means I get to use the snowmobile. Furthermore, working with our Maintenance Director, Steve, one day a week is something I look forward to.

Working in an office has also been a major change in my life, as my previous jobs since graduating from college included selling cars and working in a factory in Detroit. When I first started here, I worked on biographies of politicians from North Dakota. I never knew that groups like the American Guild of English Handbell Ringers existed until now, but they say you learn new things everywhere you work. I now work in the Speeches Department, where I collect speeches from certain Senate and

House members. This has not only allowed me to better understand the size and diversity of the United States, but also how certain issues impact different areas of the country.

Montana has been quite different from my home state of Michigan. Growing up, I saw Lake Michigan almost every day. Here in Montana mountains are the available natural wonder, and I hope I never get used to them. I've had a great time, so-much-so that I am going to return as a staff member shortly after my internship ends. For this reason, I say thank you to the people at Project Vote Smart, who have made my days here enjoyably long, and the two months incredibly quick.

I am a relatively new member of the Key Votes staff, having been here in beautiful and chilly Montana for just a few short months. It's been a difficult, and at times surprising, challenge to learn to navigate the complicated world of legislative analysis. One of the key roles of Project Vote Smart is to defend the voter's right to information when politicians seem intent on obfuscating as much as possible. There are few areas of politics as obtuse as legislative language. While there is certainly a fun element of sleuthing out the truth, sometimes it can be a struggle.

Here's an example of what I was working on this week, from Maryland SB 274:

Phew. That was a doozy. And that is only one section in an 82 page bill! But using some strategies copped from Sherlock Holmes, we can figure it out. First, let's break down the language. Legislative lingo is often verbose, but taking a step back we can simplify with some easy word changes.

Except for Section 2–114, some of the tax from Section 6–102 must go towards running the Maryland Health Benefit Exchange, as described in Section 31-107, every year starting in 2015.

That's a bit better, but we still have quite a way to go. One of the most frustrating aspects of understanding legislation is the references to older statutes that can be difficult to find. Sometimes this will require digging through state legislature websites or consulting legal aide organizations. Often these other sections will be just as complicated as the part of the bill we are trying to understand and lead to more digging, but for your benefit I have simplified them.

Now that we have all the information, let's convert the whole sentence.

Except for the portion that goes to the General Fund, some of the taxes on private health insurance must go towards running the Maryland Health Benefit Exchange, every year starting in 2015.

Perfect - now you've only got 81 ½ more pages to sort through! Although it may seem daunting, we have an excellent staff and many dedicated interns here in the Key Votes department who keep it all running smoothly. We wouldn't be able to keep up such a big operation without the support of our members. 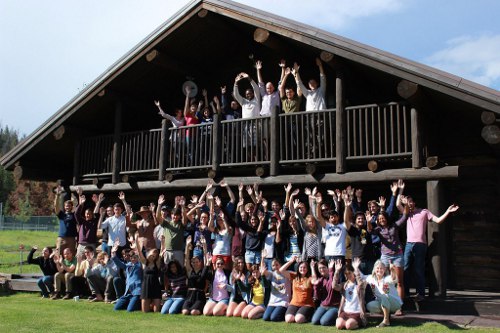 Do you have a background or interest in political research, data, web development, web design, IT support, or online fundraising? We want you!

Come join some extraordinary people in an extraordinary place, nestled in the high peaks, lakes and streams of the Continental Divide, in southwestern Montana. You have to see it to believe it!

Click here to find out what opportunities we currently have available.

If you'd like help in another way, please visit our membership page and look into donating and becoming a member.