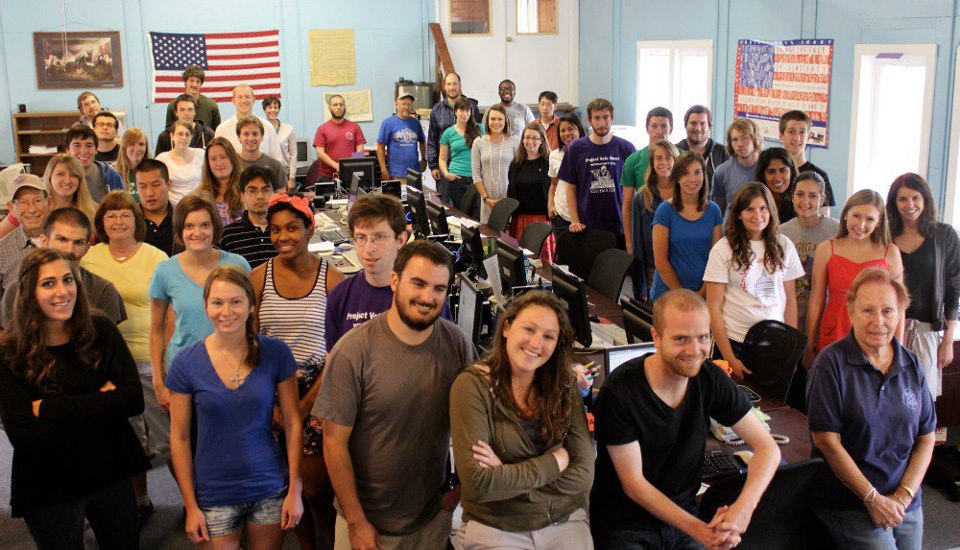 Now the real work begins. Vote Smart is swiftly moving beyond election day. We are hard on track, following the behavior of each candidate we elected to serve us. Remember, they are the hired help and we need to make sure that what they do as our representatives is what they said they would do as candidates.

Immediately after Election Day we had to process the results, which is no easy task. After all, we covered over 25,000 candidates, from your state legislator to your president. Amazingly, we were able to process those results in just two days of furious data entry – thanks to the help of the few dedicated interns and staff who stayed on after the election.

“Reporting election results can be a crazy and frustrating process,” says Rebekah Prince, who headed our results-processing team this year. “To start, results must be tracked down, either from the Secretaries of State offices or a trustworthy media source,” which isn't as easy as it sounds. Many outfits are so quick-on-the-draw when it comes to getting the winners and losers up there that finding verifiable information can be tough. Once found, those results have to be entered one by one, and checked several times which, as you may imagine, can be both stressful and tedious. “Once all of the information is in,” says Prince, “there is a great sense of satisfaction that comes from a job well done.”

Your staff here is continuing to work on collecting data on the new representatives while continuing to track those elected again. Want to know how to contact them? Where will their offices be? What phone numbers and email address to use? What will there committee assignments be? Then come their actual votes, public statements as your representatives, and financial reports so that you can track everything they do for you or to you, as your representatives. Not to mention that we also have to prepare for special elections and off-year elections coming up in some states.

As November winds down, we look back on what worked and what didn't in terms of coverage, and we're already planning to make some big changes for these upcoming elections. Also, we will be dedicating more time and resources to our hugely popular VoteEasy tool and coming up with more fun and interactive ways for voters to find out where their candidates stand on issues, even if those candidates aren't willing to tell them.

Many of you are enjoying life without the constant bombardment of political attack ads. And many of us deserve a break – especially those of you that survived this election while living in a swing state. We just wanted to let you know that we'll keep working to provide you information on your elected officials. We'll continue to work on improving the quality and quantity of information we provide to you and the rest of the public. No matter how you feel about the results of this past election, you can rest assured that we'll still be providing the best, non-partisan information you can find.

“Don't just go on what your gut tells you, check it out on Project Vote Smart. This is where the TRUTH is.” - Mary-Lee

“Truth or Consequences...Fact Check with Vote Smart. This is a terrific venue for the informed voter.” - Anke

“I wish I had discovered your site long ago! Awesome, powerful information, in user-friendly formats that actually IMPACTED MY VOTE! Thank you so much for your valuable work!” - Debbi

“I was very pleased with the VoteEasy tool, and how simple it made finding the candidates I wanted to vote for.” - David

“Thank you! I've been looking for an unbiased, fact-driven political reporting site for years. You can be sure I will return for future elections and refer others here.” - Claire 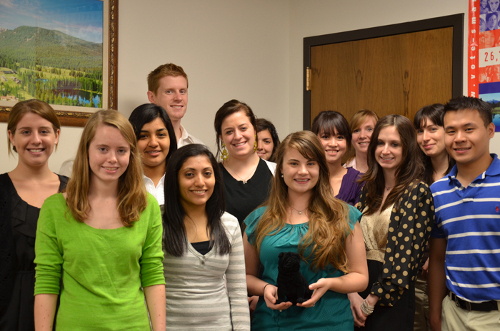 In the two weeks of early voting, prior to Election Day, Project Vote Smart interns in the Austin, Texas office set up a Vote Smart information table outside of the polling location on the University of Texas' campus. The goal was to pass out the Voter’s Self Defense Manual, educate voters, and inform them about our organization. With a great location right outside the doors, voters both entering and exiting the polling location were able to ask questions and learn more about the candidates and issues. We also had a laptop set up for undecided voters to use the VoteEasy tool.

While some people had heard of the organization, many people were relieved to find unbiased information regarding the election. As the city bustled with an excitement sparked by the upcoming election, we were proud to offer Project Vote Smart’s nonpartisan information to all those who were willing to listen.

All of the interns who volunteered at the table were excited to share their knowledge with the community. Once people were made aware of Project Vote Smart’s mission, they left eager to vote and share the fact-based information with friends and family. We believe that this experience benefited the voters on campus and encouraged more people to Vote Smart!

Melanie Magnotto, majoring in Social Work, and Hunter Ratcliff, majoring in Government, are students at the University of Texas at Austin. Both Hunter and Melanie are currently interning with Project Vote Smart.

None of the students working here know who George McGovern is. They may see his name on Vote Smart's stationary or have some vague notion he was once a candidate. But George McGovern ran for President two decades before any of our students and young staff were even born. They know little of McGovern, the war hero that hated war, his passion for the hungry, his defense of the oppressed, and his eloquent defense of truth even as he was the victim of "ratf---ing," a crude term used by Nixon's team of dirty tricksters.

It was 25 years ago that Senator McGovern and I sat in his home and talked about what might happen if citizens were stripped of truth, if campaigns simply got uglier, and voters had no way of telling who the candidates were or what they were likely to do for them, or to them, if elected. It was George McGovern, and a friend of his by the name of Barry Goldwater, who worried about the cancerous path our civic culture was on and who agreed to support a small group of students and volunteers that would be the genesis of Project Vote Smart.

Regardless of your politics, it is a great loss to lose such a contact with a time now long gone. A past that was somehow more noble, where at least some political figures lived speaking truth as they saw truth. I do not recall George McGovern ever speaking with a vindictive angry voice. Even when his disagreement with others was intense, he spoke in a mild manner and calming voice. George McGovern had that kind of political voice that now few of us are old enough to recall. Now we have one less to remind us of a time now gone, where one's integrity and honor were the treasured political prize.

We're proud to announce that this past Election Day we were able to provide accurate and unbiased information to the over 1.5 million NEW visitors to votesmart.org! These new visitors add to the millions we already serve. This, along with over 2,000 of them becoming new Vote Smart contributing members made 2012 a very successful year!