Who is Keith Russell Judd?

Press coverage works in mysterious ways. After the thousands of hours of research, fact-checking, proofreading etc. that we do on candidates in the limelight, like Mitt Romney and Ron Paul, or President Obama, it came as a bit of a surprise when we started getting phone calls about one Keith Russell Judd, a Democratic Presidential candidate who is currently campaigning...in jail.

It was a busy day in the office, as every day is during an election year, when the phone rang.  "This is AP. Some jailbird almost beat Obama in the West Virginia primary and you guys are the only people who know who he is!”

And we were off to the races... Stories popped up all day about this guy and how Vote Smart's research department was the only one with the goods on him!

As media outlets and bloggers scrambled to find the back story for Mr Judd, who won a surprising 41% of the vote in a West Virginia primary on May 8th, it began to emerge that only one reputable source had bothered to reach out to this possible nominee - Project Vote Smart. On Keith ?tr. President, Dark Priest, W.D., RusyRussell Judd's Vote Smart profile page you can find much the same information as you would for any other candidate. 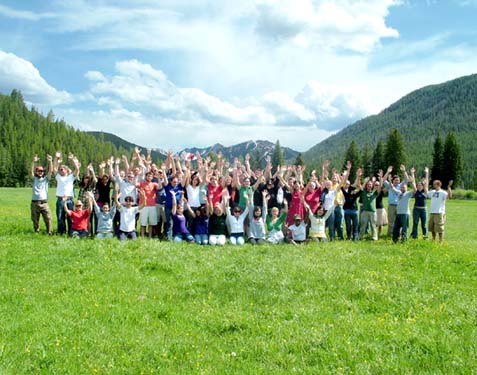 We are still looking for bright, politically-minded individuals for our 2012 National Internship Program available this Summer and Fall 2012. National Interns receive scholarship funding to cover all living expenses while they spend 10 weeks at our beautiful ranch-style research facilities in Montana. Interns play an integral role here; helping us to empower voters with access to factual, unbiased information on their candidates and elected officials. Trust us, this isn't your typical internship. To learn more visit us here.


Why they voted the way they did

One reason that our Research Department works tirelessly to collect the public statements and speeches from your candidates and elected officials is to offer you a direct understanding of why a representative voted the way they did. One recent vote that attracted national interest and commentary was the vote on the Violence Against Women Act.

In 1994, the United States Congress passed into law the Violence Against Women Act that provided services and protections to victims of domestic abuse and dating violence. In 2000 and 2005, this Act was unanimously re-authorized, regardless of political affiliation. However, in 2012 when the reauthorization vote took place, there was a split along party and gender lines.

While both the congressional and presidential editions of the Political Courage Test usually cover close to the same issue-areas, our researchers know that some issue areas may not be appropriate or relevant to ask those candidates running at the state-level. Each year, when researching and writing the state-specific Test questions, we seek to identify 'core questions' that we can ask candidates in all or most states. This is done through a variety of research methods including the rigorous study of polling data, legislative agendas, and consulting from our state advisers which include political scientists and journalists from each state. Once approved, these 'core questions' serve as the backbone of the Test.


Second, we must acknowledge that each state-specific Test must be designed to account for unique aspects of certain states, as well as differences in existing state laws. Because our organization is based in Montana, we have become quite familiar with state politics here. For example, Montana does not currently have a general state sales tax, so it would not make sense to ask Montana candidates about 'raising or lowering the state sales tax'. Another issue specific to Montana that we have addressed in recent years is wolf management. This is an issue of great importance to candidates in Montana and in some other mountain west states, yet it would make no sense to ask candidates in many other parts of the country.

The thorough research that goes into these state-specific questions is detailed, and the advice we receive from our state advisers, in all 50 states is invaluable. While our staff do come from varying areas of the United States, it is these experts in media or academics who are best able to tell us those specific issues most relevant to their state. This effort is in the name of ensuring that Project Vote Smart's Political Courage Test remains accurate and relevant to every citizen.

Check here regularly to view your candidates' State-Specific Political Courage Test as soon as they become available. Also, we'll be sure to let you know as soon as your state-level candidates begin testing.